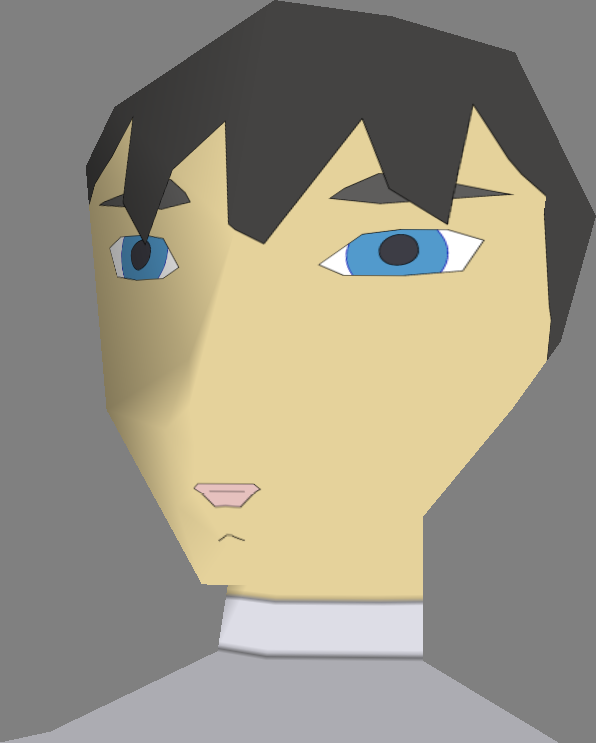 Greetings. It's been such a long time since I posted to Javantea's Fate, it feels kinda good and bad to be back. Am I really back? That is to be seen. I spent a few hours last night and an hour today creating the above image. You might or might not recognize the above character. Who is he? Some new character from Hack Mars? Nope, he's Warehouse Grunt 1, from Javantea's Fate. Do you remember that manga (graphic novel / comic) that I used to write? Yeah, I'm going to take another attempt at it. Since Hack Mars is going about as well as Javantea's Fate has, I decided that JF would be a nice side track to go on. If I can create a high quality manga, I will sell it. Can it be done? Well, depending on what you call Scenes 1-5, it already has been done to some extent.

High quality is somewhat a subjective term, explaining the relative value of something. If someone says that a meal is high quality, you'll probably want to know what it is before you eat it, especially if you're vegetarian. My definition of high quality compares something with something similar that has worth. For example, I purchased a manga (Shonen Sunday) from Kinokuniya Books in Seattle for $4 last week. It has ~400 pages. It is written for 7-14 year old Japanese boys. It is high quality. What makes it high quality? The six color pages are well drawn. The stories are well written. The black and white pages are well drawn. It's a good price for the amount of content. It probably cost $2 to print, $0.50 to ship, and $1 to sell. The profit was probably made via advertising. *shrug*

So what about Javantea's Fate? I will attempt to create a high quality manga by the standards set in the previous paragraph. The manga will be full color, it will be drawn well (see the above picture), it will be written well, and it will be sold at competitive prices. I won't be able to print except for possibly promotional purposes and fundraising. But I plan to sell CDs with exclusive special features content. I will sell the high quality versions of the manga via PayPal. I will give away the low quality version of the manga via this website. All 25 Scenes (~250 pages) will be sold on CD for $20. A lifetime subscription to the manga will also be sold via download for $20 as they are written. Other sales will be available as they become possible.

With this system, I should be able to create a reasonable manga. I will set no deadlines because they are meant to be broken. It just depends on how fast I produce them. When I have Scene 1 finished, I will post Scene 1, Page 1. I'll post in a MWF schedule. When I fall behind, I'll post MoJF pages for fun. I have an idea for the posting of MoJF so that it won't affect the regular manga so much.

The question on everyone's mind is this: how did Jav make such a nice version of EG1 compared to the old version? Well, it has been simple and possible for the last few years. I just decided to use 256x256 textures for all the characters (except Jav who gets 512x256) just because that is the "optimal" texture size for real-time video games. Well, I bought a Radeon 9800 128 MB, so I ought to use it, shouldn't I? Well it just took a little work in XFig and The Gimp 2.0. It worked so easily. And now I have a vector graphic of the texture, so I can edit it however I want. Vector graphics scale well.