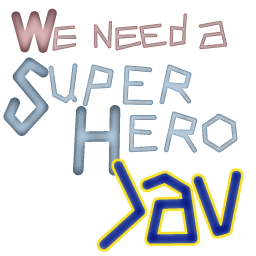 
Javantea is somewhere on Mars. We don't know where because he has been in hiding since (and long before) the UN came. We know that he is a figure of legend. It is more of a rumor, but people are pretty sure that he was on Mars for some time. If what the rumors say are true, he can throw the PKs back to Terra. He's some kind of martial arts master who fought the UN in hand-to-hand combat and won. Some of the older residents know him, but won't say anything important about him.

The player gets the great idea of spraypainting on the wall: We need a superhero, Jav.

Jav tells the player, "We don't need another superhero."
*Jav wipes a tear from his eye.
The player notices that Jav is pretty old and emotional. His eyes look solidly real. He knows the truth.

Javantea tells the player his story:
"Back in 2014, I ran from the UN. I took a spacebus to Mars to escape the oppression. I had fought them for the last time. I should have stayed on Terran and fought them to my last drop of blood. I knew that they would follow me here someday, but I denied my responsibility." Jav sheds a tear.

The player tell Jav, "You aren't at fault for the UN coming to Mars. They came here to steal our superior technology and production."

"All this death. I could have prevented it by attacking the UN. I was so afraid of my own power that I bottled it up. I didn't want to teach anyone because I didn't want to change the balance of power here on Mars. I wanted to ignore the terrible situations on Earth and live in peace for once in my life. If I just stood up, I could have saved hundreds of Martians."

"But that's behind us," the player tell him, "your help is needed now."

"I don't know if I can help anyone. Back on Terran, I murdered an old man. He was a terrible warlord. I justified it by blinding myself with all the innocent people he killed. But for the past twenty years, I've been haunted by his ghost, my own ghost of pacifism I swore to."

"But the warlord killed a lot of people, shouldn't he be killed to save innocent people?" the player asks.

"No, that was my worst mistake. You shouldn't make it too. You can never justify revenge. Stopping a murderer only requires you to bind his hands. You don't even have to bind his hands forever..."

"You're right," the player tell Jav, "that's what we've been doing all throughout the revolution, the anarchists, I mean."

"You're so young and you learned this? I'm such an old fool. You don't need another hero."

"Since you confessed to me, I'll confess to you, Jav. Before I became an pacifist, I tried to murder a PK. It was the worst thing I've ever done and I'll never forgive myself. Whenever I see him in the halls, I lay down my guard just to apologize."

"You can get forgiveness. Everyone can be forgiven, they just need to ask."

Jav kneels down and clasps his hands. He's reaching for something.

Jav asks the player, "What task did you have in mind?"