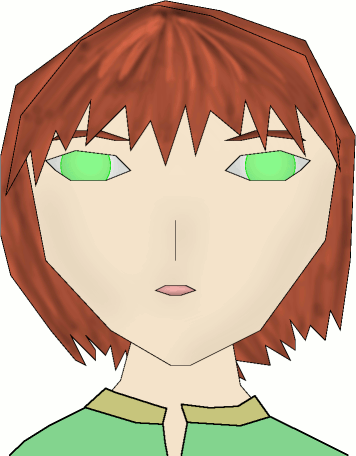 Javantea's Fate may be in disrepair, but hopefully this summer, it will become an amazing site. One of the many changes that I am planning for this summer is advertising. I haven't advertised Javantea's Fate except in personal communication in the 3.5 years that I've done this. That's probably why my hits are fairly low. I get a bit of traffic from the search engines, but it's not much. So why haven't I advertised JF? At the start, I wanted to keep a low profile so that I could focus on getting stuff done instead of dealing with jerk-offs shouting about why 3d manga suxx0rs. JF was not a finished product at the end of year one. I was a student, so my time was limited. As it moved along, I started slacking. I couldn't get past Scene 5, so a large audience to my defeat would probably not have been wise anyway. I wanted to redo JF a few times. Eventually it came to a point where each time I was able to make progress, some catastrophe happened (motherboard died twice). In Sept 2003, I spent 6 months working on the Linux port of Javantea's Fate. It actually didn't take much time. I was taking my Physics classes much more seriously so I was able to get my Bachelor of Science that June. In March or so, I decided that JF was a write-off and that I could use the engine for a video game that I could sell much easier. A video game could be sold for $10 downloadable or $20 via mail for a profit of $10. That game is Hack Mars. It's going fairly well. I spent a year trying to make progress on it. A lot of distractions kept me from making reasonable progress on it. Not least of those distractions was lack of money and need to find a job. In January 2005 I found a good job. I'm working on it with all my strength and making a good salary.