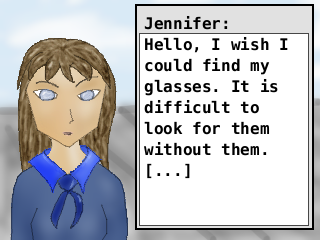 Skip to the bottom if you don't like philosophy.

The other day, I talked about Shameless. I give Shameless a capital first letter because the way that Shameless works is a philosophy. While Shameless is not an official religion, many people are willing to give it that status. In the same way that a person would give Title Case to Christianity, I give Shameless Title Case as a joke. But today, I'll give Shameless a new name that makes more sense to those who are not in on the Shameless. Shameless is Hedonism. I have talked a bit about Hedonism before. But I haven't gotten into exactly what I meant when I said things about hedonism. Here's the lowdown on hedonism as I see fit to explain:

Assume that actions which result in short-term or long-term happiness are relatively good (and thus correct) compared to the alternative.

This goes against the scientific method which says that actions that are repeatable are absolutely correct until evidence disproves them. Likewise, the Hippocratic Oath is violated by hedonism. Hedonism is willing to say that something that provides happiness sometimes is correct even if harms other times is correct. In the cases of humanity vs. nature and when human life is involved, hedonism is unacceptable. Diligent minds must ensure the advancement of the human race by using logic and ethics. These are unwavering processes. Those that disregard them in important pursuits will fail.

But immediately the question must be raised whether hedonism is acceptable in less important tasks such as partying, entertainment, and such. Libertarians will ask: who does it harm that a person do whatever they want with themselves? To logically answer this question, a person must invoke some other value beyond harm reduction. If no harm is done, the question cannot be answered by harm done. This is something that hedonists have on their side: as long as they do no harm, they are blameless (and thus Shameless).

Usually with victimless crimes, an authoritarian will simply dismiss the 'criminal' who has done no harm as having done some indirect harm or having supported indirectly a direct crime which the law was meant to punish. This says two things: that all people have a moral responsibility to ensure that no indirect harm comes to anyone AND that all people must reject all behavior which supports indirectly a direct crime. The hedonist has a good argument here: these responsibilities are far too broad. Examples are: a person has a responsibility to not drive since there is a likelyhood of a fatal car wreck. A person has a responsibility to not carry large amounts of cash, credit cards, and checks to not indirectly tempt a robber. Both of these are rejected by both sides of the argument as absolutely silly, but the hedonist has a fairly good argument that there is nothing more narrow that does no direct harm. Indirect harm is something where if the effect is numerous and unknown (which most actions are), there are two options: be overly cautious or expect others to take responsibility with direct actions. Actually, the hedonist wins this argument. Personal responsibility (which the authoritarian makes such a big deal about) absolves those causes who are not directly related to an effect. Blaming indirect causes rejects the notion of personal responsibility of those who directly cause an effect.

So what about hedonism? Is it legitimate? Will a poor straw-man argument bail out hedonists? No. The next argument goes to a more subjective point which is raised by philosophers: is what a person doing morally correct? So what is subjective about that question? The word 'moral' makes this subjective. There are many absolutes which are assumed in human society: murder, robbery, etc are forbidden. The subjective morals of other people are what hedonists break. A hedonist won't condemn their own actions (they are Shameless), but others will be happy to condemn them depending on their morals. This comes down to a person's philosophy. One person may have morals that reject profanity while another may not. A hedonist who accepts profanity will use profanity in the company of those who reject profanity. Many people reject the smoking of cigarettes. Some people will reject nudity in public places while others will reject nudity in certain contexts. *deep breath* Our US government has such mixed messages in this area that absurd cases arise often: Howard Stern, Janet Jackson, Mike Diana, HBO, MPAA ratings based on profanity instead of violence, Al Jazeera, beheadings on the Internet, etc that all depend on a point of view that barely a majority of our country agrees upon in more or less in poorly conducted polls. Our country has absolutely zero standards for morals, but we find out often when someone has crossed it after seeing it in full gore. These are moral choices that each person makes. There are arguments that many of these morals are absolutes, but when there isn't even a majority acceptance, it's difficult to judge as an absolute. That is definitely not to say that democracy will ever decide what is right. The solution that a philosopher comes up with is that each person must subscribe to or create a philosophy to live by. Then, each person can decide what is right for them. Also this philosophy will decide whether or not you are allowed to criticize hedonists who do not subscribe to your philosophy.

But when a person has no massive conflict with life or truth, the rest is personal choice. That makes personal choice a key value, but I must ensure that I do not confuse personal choice with hedonism. Freedom carries with it responsibility for all that one is free to do. My philosophy of life requires correct actions to be taken, no matter their disposition.

So what does this all mean? This is a simple statement of my philosophy and an argument against a second philosophy (hedonism) which I reject. While it is not complete for certain, it touches on two simple topics. It is based on a conversation which occurs when a certain hedonist and I argue. Hopefully at some point, I will be able to write full philosophical articles and post them on an actual philosophy website. Until then, keep coming back for more Making Javantea's Fate.

I came up with an idea of writing a love sim a few years ago, but just recently, I found that certain cell phones now have the capability of playing love sims, even a 3d love sim, which would be pretty cool. I created this picture using The Gimp 2.0 exclusively. I used 16 layers: Background, Hair1 Fill, Hair1, Neck Fill, Shirt1 Fill, Shirt1, Shirt2 Fill, Shirt2, Head Fill, Head, Face Fill, Face, Hair2 Fill, Hair2, Text Box, and Jennifer. I found a few problems with creating this image, but I made many more interesting discoveries: shading using blur, iris sphere shading, and dodge/burn. The problems were mostly due to the pen's anti-aliasing. The normal halo effect occurred, so I tried a few solutions and none really work very well. I'm either going to find something so perfect that I'm blown away or I'm going to have to make do with what I can do. The idea is this: I want to be able to draw an anti-aliased line and fill the inside with a flat color. The thing is that the fill does not go into the anti-aliased brush line. The way that I decided to do it is:

Even though I'm spending a lot of time on other projects, Hack Mars is heading forward. A lone person should assume that years will go into a significantly large work even if the estimates say that it could be done in months. Efficiency is far less than 50% on difficult projects. In fact, it makes sense to me that efficiency is inversely proportional to difficulty. ^_^ Even though the two really aren't related in the way I'm talking about.