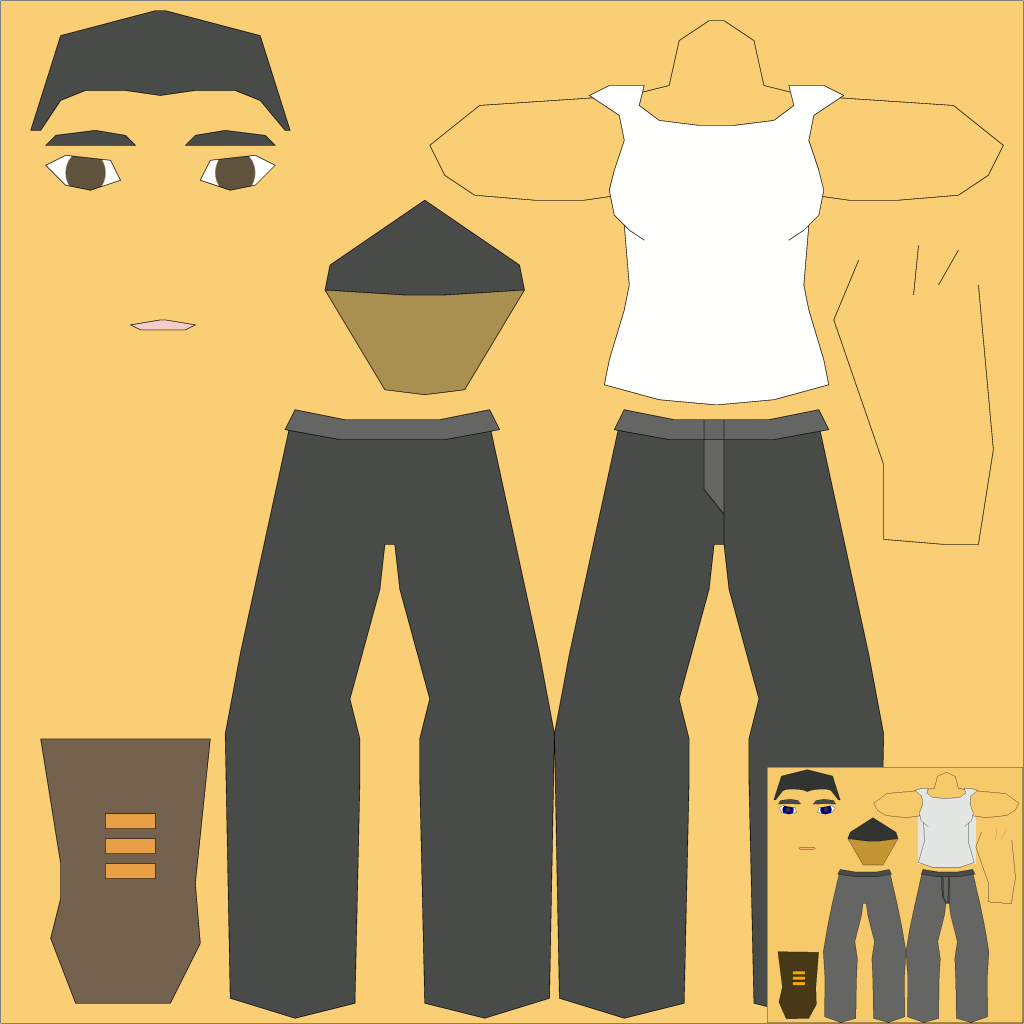 Greetings, I'm back with an interesting lesson. While I'll try to stay away from ranting, I'll probably devolve into it towards the end. The lesson today is freeing your mind. *cough* I won't pretend that I have some secret that will allow you to be free. I will tell you a bit about what I did to expand my thinking in one area from small to large. Is it usable for topics like politics? Think twice before using this method to form an idea on any topic. Will it give you super powers and allow you to ace college classes? No.

During the start of Javantea's Fate, I was thinking about it with a mind fixed on several products: real-time anime, real-time rendered manga, and design-time rendered versions of each. I also targetted current hardware: GeForce2 MX 32 MB. I imagined scenes with 20 characters, each with different skins. I imagined that half of the 32MB texture memory would be used by props and that most of the rest would be characters. By now, GeForce 4 MX is common enough that my estimates were wrong. Specifically, I used a texture that is 256x256. Doing the calculations, these skins would work on GeForce2 MX. But is there even a significant market with less than 64 MB of VRAM? If there is, no one is developing for them.

As it turns out, the only product that has succeeded is design-time rendered versions. My target system is my own. So the other day, I thought about something that had been bugging me: texture size. I decided to trace the old textures that I originally created in Corel DRAW 6 into XFig. It worked perfectly and now I have converted 4/6 textures from Scene 1 in just a few hours. The end result of these larger textures is: huge, beautifully rendered character screenshots. You probably saw Warehouse Grunt 1 yesterday. When I saw that, I was amazed. Hidden in my work is a something cool.

What does this have to do with opening one's mind? Well, when you create something, you lay down rules. You do things that make sense. But when the product is not good, you think about fixing it. Often one is unwilling to make changes to the design document. In some cases, a person will work for years changing everything or give up on the project, just so that the perceptions of reality will stay solid. There are good reasons to have rules. But rules are meant to be tested, broken, and changed.